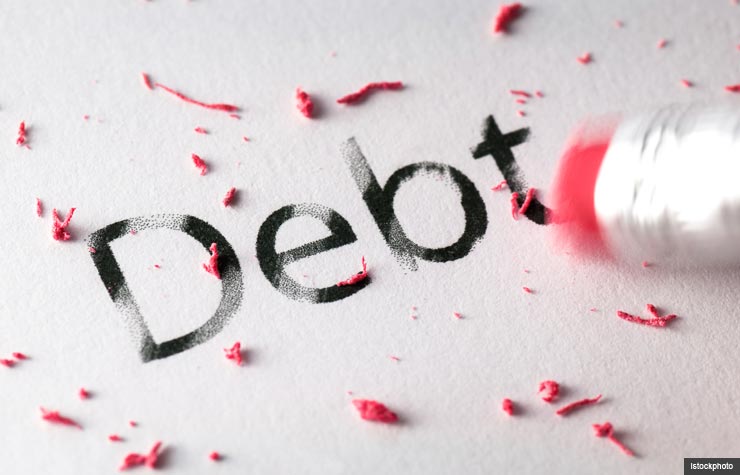 According to Yoda, “there is no try, only do”, unfortunately many people try to get out of debt and never succeed. They never actually do it.

Every New Year people make the resolution to finally deal with their debt, but they soon fall back into old patterns. This resolution, just like all the others (lose weight, get in shape, etc.) is soon shelved.

Don’t get me wrong, I’m not saying it’s a breeze. It will take some with commitment, effort, and maybe even some coaching, but it doesn’t’ have to be complicated. It can be simplified.

One thing is for sure… the lifetime of rewards such as reduced stress, the ability to save and invest for your future, more free time, and improved relationships, far outweigh the effort. So if you want to actually become debt free, not just try, follow these 3 simple steps:

Will Rogers once said “If you ever find yourself in a hole, the first thing to do is to stop digging.”

If you are serious about getting out of debt you have to stop incurring new debts. There is absolutely no way that you can get out of debt and into debt at the same time. Imagine what you would think if you saw a neighbor trying to get outside their house and get inside at the same time. They would look ridiculous running in and out of their doorway, just wearing themselves out.

So, unless you want to wear yourself out while getting nowhere, stop incurring new debt. For most people the biggest temptation to incur debt is credit cards. If you have to, cut your credit cards into little pieces. If that sounds too drastic, put them in a container of water and freeze them. Just find a way to stop using them.

Step 2 – Learn to Operate on Cash

There is a funny thing about cash…you can’t spend any more of it than you have. Debt is simply the result of spending money you don’t have. If you use cash, instead of credit, you aren’t incurring debt.

There is another big reason for using cash. Paying with cash, versus credit, produces a different psychological reaction. You can actually see the money changing hands. Since the impact of the transaction is more obvious, we naturally tend to spend less and save more.

Once you have made the commitment to get out of debt it only makes sense to get their as fast as possible. Getting out of debt can be uncomfortable for most. Dragging it out can make it downright painful. It’s like an executioner trying to cut off someone’s head with a bamboo saw. It exhausts the executioner and is painful for the victim.

If you want to execute your debt, do it as fast as possible. The longer it takes, the less likely the chance you will succeed. Sooner or later you will get tired and give up.

One of the best ways to do this is with power payments, or a snowball strategy. You make a list of all your debts, then prioritize them in the order you plan to pay them off.

If you follow these 3 simple steps you can usually eliminate all your debts, including your car and mortgage, in less than a decade and save tens of thousands of dollars in interest.

No comments to show.